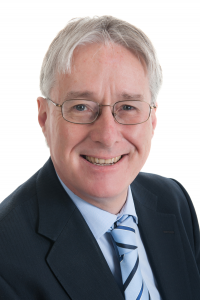 I am running for Seanad Éireann, as an independent candidate on the Trinity panel. I need your support, and your first preference votes, if I am to be elected.

If I am elected, my priorities will be :-

I will begin by concentrating on the areas I know most about – the health service, child health, and higher education. The problems of our health service are well known, and I will work constructively to improve access, quality, safety, and resources. I will work to make Irish policies more child-centred, and I will advocate for children and young people at every opportunity. I will work to support better and fairer access to Irish universities, and the rest of the higher education system.

Why am I running?

It is a great honour to be elected to public office. At a time when many politicians are portrayed, not always fairly, as self-interested fools, this may sound odd, but it’s true. Politics matters, and in a democracy, we all share a responsibility to make it work. Running for the Seanad is how I intend to do my part.

I am acutely aware of the limits of the power of the Seanad. The Seanad has some influence, but little authority. Others have worked in the Seanad, including several of the university senators, to improve parts of Irish life. If I’m elected, I will work hard, both to represent the interest of Trinity and its graduates, and to do what I can to improve politics, legislation, and governance in Ireland.

I’m a doctor, and an academic, a Trinity graduate, trained in child health and public health, and working in the nursing school in DCU. I’m married with two children, in their late teens and early twenties. My wife Una is  a secondary school teacher working in St. Declan’s in Cabra. I live in Skerries, in north county Dublin, and I’m actively involved in my own community. I’m a Fine Gael supporter, but if I get in, I will not take the party whip. I will serve as an independent, for the reasons given here.

I’ve a long track record of effective public service. I’ve served, unpaid, on several State boards, and am currently the chair of the IBTS. I’ve also been a member of the Higher Education Authority, and the Health Insurance Authority. I also chair the board of Quality Matters, a small charity, which is, in effect, a management consultancy for social service and drug addiction service providers. I’ve completed two thirds of the Institute of Directors Chartered Director program.

I’m from a political family. My late father Michael was a solicitor, and a long time Fine Gael activist. My grandfather, also Michael, who died before I was born, fought in the Easter rising, and the war of Independence. He was a member of the first Dáil, the first Commissioner of the Garda Síochána, and a senator in the first Seanad, until 1935. I’d like to follow in his footsteps.

Here are links to my election letters.

I’ve placed my declaration of interests here. I think voters ought to know quite a lot about the personal and financial interests of candidates before they vote for them. Ireland, while better than it was, is not a notably transparent country.

It needs extensive and urgent reform. In October 2013 a proposal to abolish it was narrowly defeated in a referendum. There are many proposals for reforming the Seanad, and I held a meeting in December to discuss some of them. If I am elected, I will work hard to make some reform happen.

The election is by postal ballot. Ballots go out to whatever address Trinity have for you on March 21st. They have to be posted back to arrive by April 26th. Turnout is usually low, partly because the addresses on the register are out of date. If you are not sure whether Trinity has the right address for you, please check and correct the address here.

If you think I would make a good Senator, please tell your friends about me. Turnout in Seanad elections is low, and it would be good to raise it.

If you want to hear more about me and the campaign, send me your email, or sign up on the form on this page, and I will send you a monthly report. If you feel you can help with the campaign, which would be greatly appreciated, please get in touch.